Hi Friends! It's been a while since we've sent a newsletter, so we thought we should fill you in on what's been going down and what's coming up for Goldray. We've just played Camden rocks festival which was a blast! We're really chuffed that The Pledge music guys came down to watch the show and Tweeted this after seeing us…"Mesmerising psych rock from alumni @Goldrayband at @TheJazzCafe #pledgeonthescene….you were superb! Groovy and rockin, just how we like it!" ….Wow big thanks guys! Talking of Pledge music….as a build up to the release of our full debut album, we've decided to do a limited edition Vinyl release through Pledge music for our Mini album that was released last year. This has been requested by many of you, so we now think that it's a great time to do it. Plans are a foot, so watch our Facebook or website for info and release dates on this very soon. We're also very pleased to announce that we shall be playing at this years Bestival on the fantastic new Kaleidoscope stage (see flyer attached) Keep your eyes peeled on our Facebook and website for more gig dates coming sooooon! It's summer at last!! Love Goldray xxxx
0 Facebook Twitter 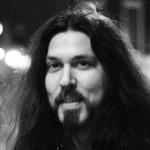